Back a few month ago when ITERA was off the cards I struggled to find something to focus on and motivate myself to train so I stumbled across the 1st running of the Sligo Trail Ultra a 50mile track from West to East through Sligo.

No plan or anything of the sort, just more frequent running required and we’ll see how it goes.

Roll on a while and the green light for ITERA appears and AR focussed training in ernest begins so SWU slightly relegated from ‘A’ to a training event.

So with nothing longer than a 12k run (bar Paris marathon in April – off no training) there was no training done for this event. To be fair I was confident of mind over muscle and my nutrition strategy and knowing what my body was capable of and was also happy to make it a long trek to condition the body too.

Last week was rough, up and down to Dublin a couple of times cleaning our house there for letting. Late in work on Friday (all day on feet) and driving to Sligo friday night meant bed quite late for an early rise at 3am to get to reg in Dromahair.

A small group of 24 were then bused to the start in West County Sligo where a quick briefing and off we went in the drizzle.

The hares disappeared off up the road and in no time the line stretched out and I was tipping away comfortably on my own enjoying the time. 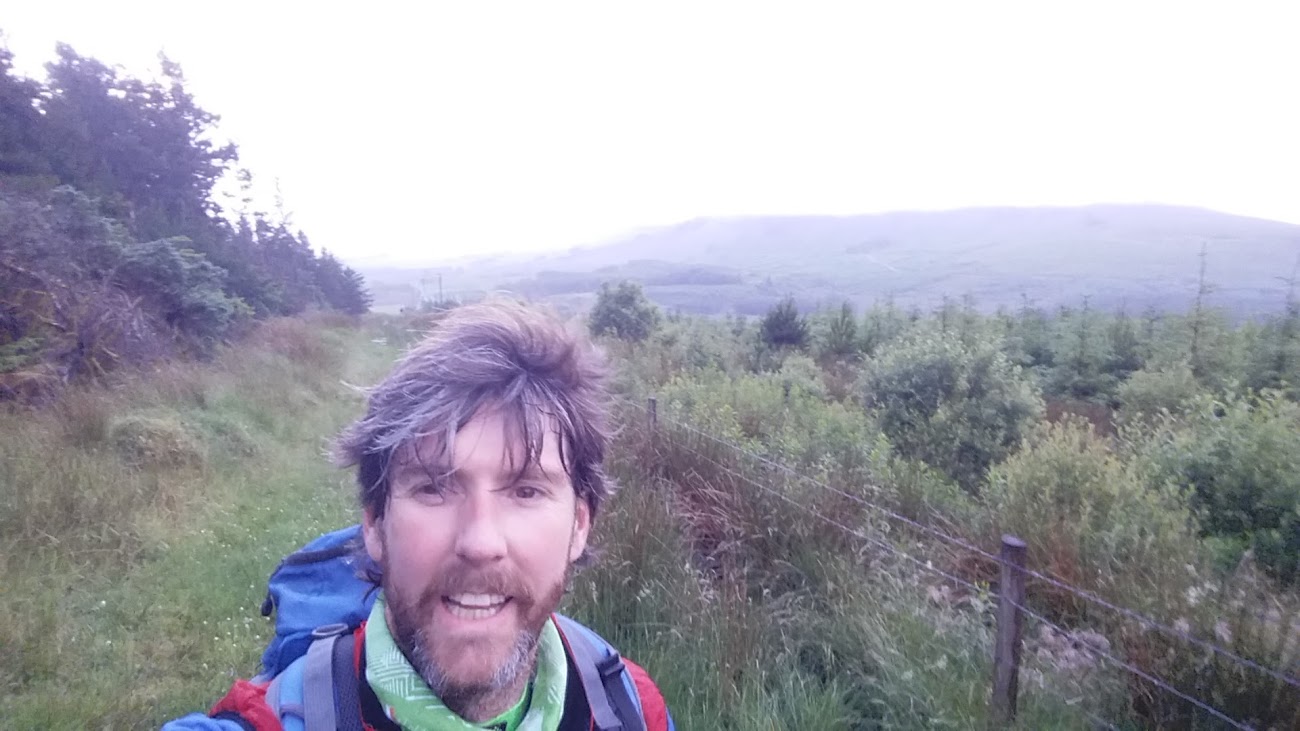 Not going blow by blow but there were great times out there.

Running as a group of 3 with Octavius & Vallo for a big chunk of time, almost like a mini AR team, we chatted and chipped away at the kilometers. They thought I was mad using my AR pack with full rig out. They were using dropboxes and travelling light. 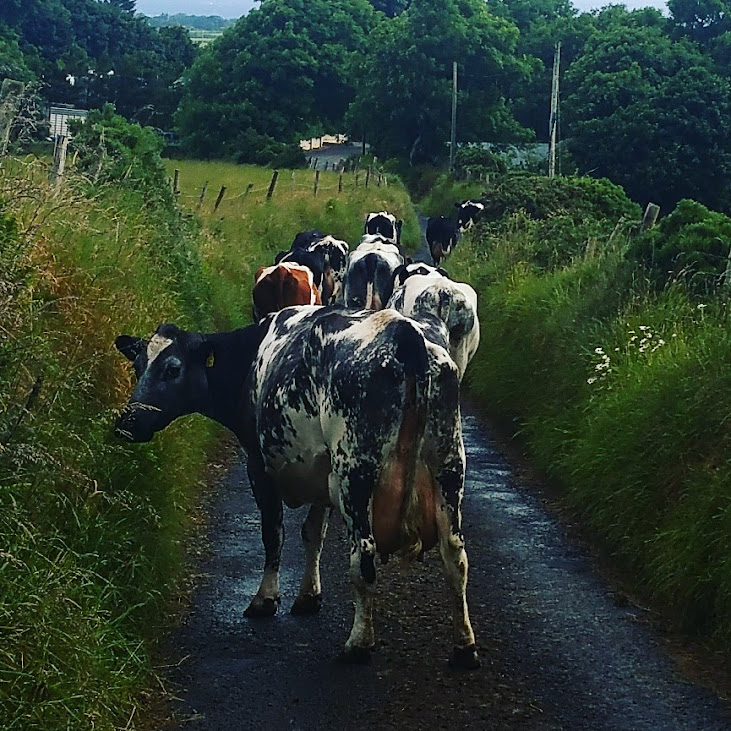 Not too long after this the two boys stretched on ahead of me for a while but I brought myself back to Octavius on the run from Ladies Brae and we chatted away for quite a while more. After the pit stop in Coolaney where I changed one sock due to a hot spot, we parted ways as I felt I was holding Octavius back – “see you at the finish! Just another marathon to go :)”

The family were there as I ran into Cooloney – I was starting to hurt, not bad but the body was feeling it and there was a bit of chaffing to deal with, and the kids were all excited to see dad and cycled with me for a while as mum updated the Twittersphere (job for her in August 😉 ) 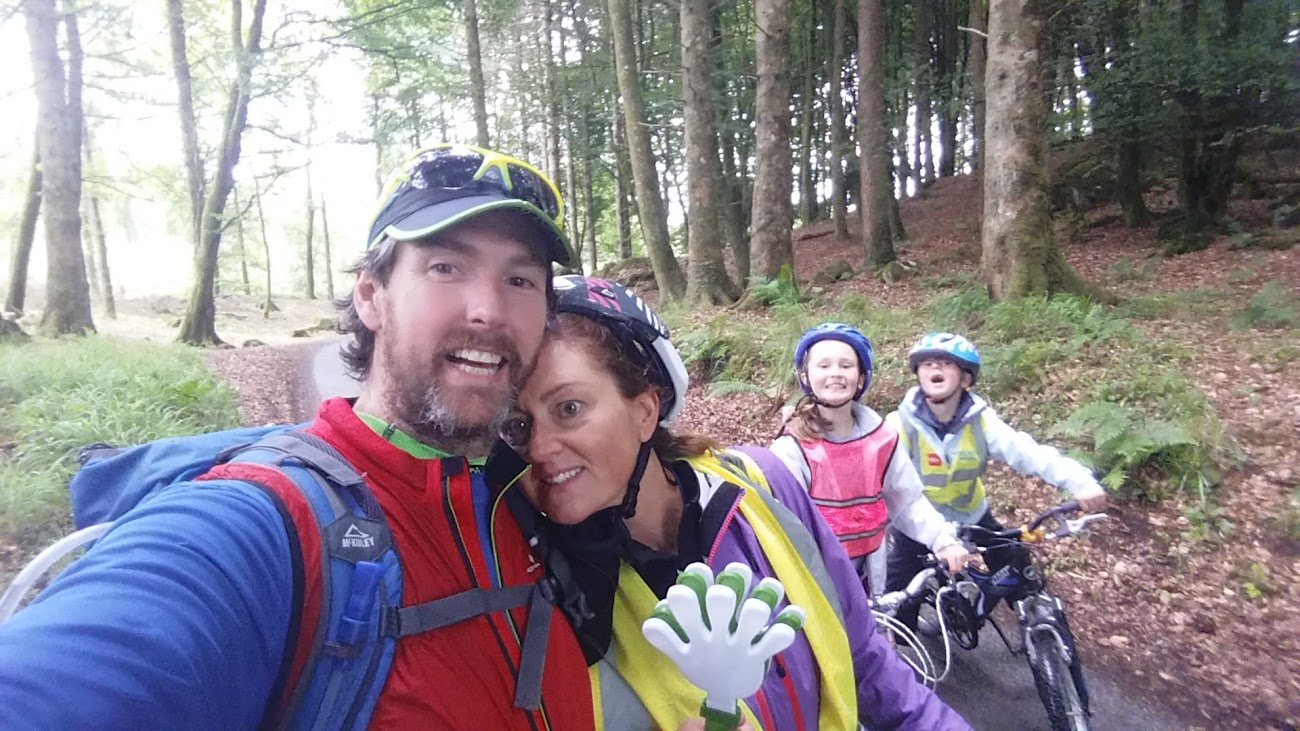 I slowed way down as I ran into Union woods, over the rock and on towards Slish Woods. I seemed to be forever in the hills and the weather changed a few times but I came off the hills running and hit the road to Slish… running… and onto the 5th CP … running and around the lake …running… and over the boardwalks….running… suddenly the legs seemed livelier. Finish line fever with 20k to go?? 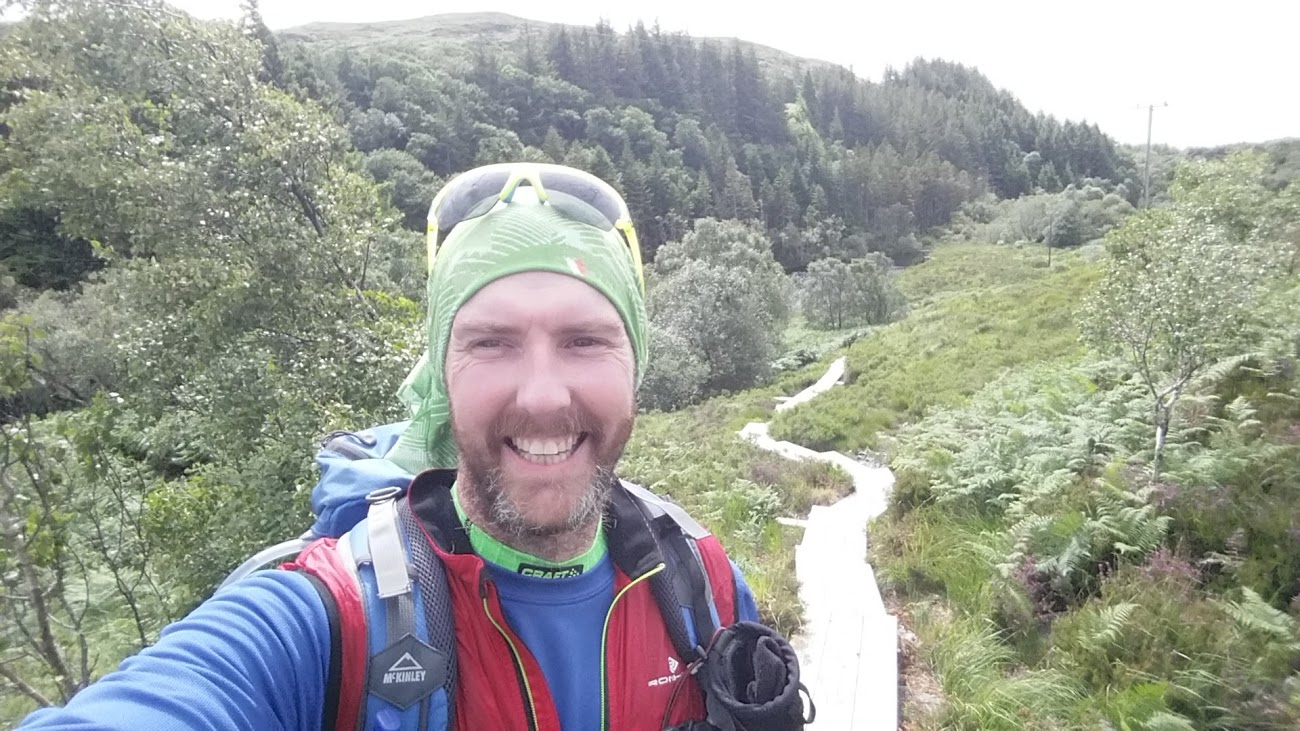 In all honesty I was cursing the devil that put boardwalks steps towards the end of an ultra but they were lovely to run over. It was also great to see the proactive fixing and replacement of boardwalks with pressure treated planks instead of steeped boards. They weather nicely, don’t sweat oil and are a pleasure to run on. Having wire mesh fixed helped too.

But I was happy and tipping away at the distance.

All of a sudden I was off the hills, off the boardwalk and back running on a road like surface again. There was a clatter of marshals at a few junctions telling me”only 3 miles to go”, ‘just 1.5 miles from Dromahair” “200 metres up the road” They may have been speaking Russian for all the sense it made to me!!

In fact I was sure the marshal that met me at the village as I crossed the bridge had sent me the wrong way to the finish and only for I had gone over the top of the ‘hill’ and down the other side I was going back to argue with him! 🙂

Just as I was trying to figure out when I was (in the middle of a town) I heard the clacky, clacky, clackity clack of the clappers my wife and kids had and sure enough there was Edel 200m down the road shouting and cheering at me to come on!

Running down to meet her and left over the bridge to the finish area and I was chuffed to have finished. When someone told me a lap of the pitches would make the official double marathon distance it took all of a nano-second to dismiss. I finished what I set out to do. I had planned 12 hours, would have taken 14 if I had to but to finish in 10:49 was just brilliant.

The laughing and joking afterwards was should we run back to Sligo just to make it the round 100k…there was some serious consideration too!! 😀

Great day out, great race in a cracking location with superb volunteers and marshals.

Will I be back next year? Hell yes!!!