Stage 4.5: Cycle from Lisnakea to Kilbroney Park, Rostrevor, Co. Down

It was a requirement of the night leg that the support remained 50m or so behind at all times. A very surreal feeling which anyone used to cycling in traffic will be aware of is the sense of foreboding when you hear a vehicle close behind tracking you. It didn’t make sense to tie Maurice up like this and some teams flaunted the rules by driving ahead and waiting for their cyclists, but we’re sticklers for the rules and did as we were told, whether it made sense or not.

Night riding is strange. If you haven’t spent some night time on the saddle the best way to try and explain it is that time seems to fold in on itself.

You loose all track of time and distance (unless you are using a watch and odometer of course) but it becomes blurred.

All I can remember of the night bike is snippets of country roads, semi decent surfaces, idiot drivers in towns, Armagh as the nightclubs closed, people doing the ‘walk of shame’ in Newry. Edel had a couple of punctures which were replaced niftily enough but seemed to become an excuse for a break.

In fairness Edel spun up most of them and I’d catch up over the top but she helped me by keeping me motivated.

A solo lady spun past both of us as if we were stopped on a hill.

At some point around 4am we rolled into the carpark at Kilbroney Park and very gratefully abandoned the bicycles. Spirits were low and Edel went off in search of coffee.

We lay on the carpark for a few moments to stretch out the backs and relieve our shoulders before getting stripped and changed into the running / trekking gear.

Knowing we would be mostly trekking, long pants with over trousers, hat, gloves were needed to keep the cold out. We stuck with the layers as per the cycle and sticking on our Silva lamps grabbing our poles and bags replenished with bars and RedBull we set off for the hills.

Oh, and despite most people being 5/7 hours on the bicycles through the night there was no provision or facilities to make coffee. Edel pleaded with someone in a hut for a mug of coffee which the three of us had to share.

Why? oh why? was the initial thought as we left the carpark but once we got off the tarmac and onto the wooded trails it all changed. 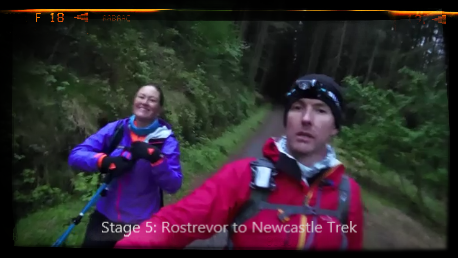 Walking along in the misty, morning duskiness as the birds started to wake up  there was a real sense of ‘being’. Not just being alive, but actually ‘being’. A place in the world, being at home, comfortable, where you belong, that kind of ‘being’. Now, we’re not going native or anything like that but there is an immensely satisfying feeling when you are grounded, properly.

We hiked along trails that were flat but knowing that Edel is not comfortable on trails (she has an amazing tendency to roll over an ankle or two very easily) I didn’t push or make a case to trot along. Chatting away about the kids and wondering how they were getting on having never been left overnight before without us, chatting about the scenery, about what lay ahead, about racing and what adventuring meant to each of us.

The route wound up and down, around and over hills and valleys. There were sections through woods, bog, across rivers and back on road. 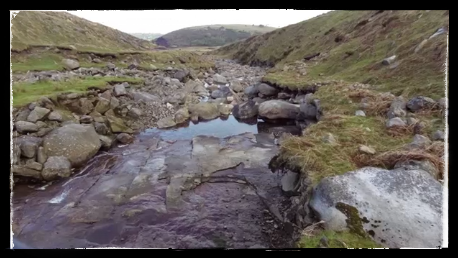 We walked up by Spelga Dam where there was supposed to be a CP in the carpark. We’d agreed with Maurice that this would be a support point if it was needed otherwise we would leave him sleeping there. The signal that we’d passed was something left on the windscreen. The route card was handy for that.

We spent several minutes wandering around looking for the CP which was non-existent and annoying before heading up to the junction where we turn left for the mountains. Shortly after leaving the carpark the familiar sound of a Ford Transit came up behind us 🙂

Greeting Maurice he went onto wait for us at the finish area and we rambled on.

Both of us were puzzled to find bus-stops in the middle of nowhere with no house, farms or living creature in sight. As we crested the road a group of women out walking appeared in front of us, in the middle of the road,  like something from a Western movie. 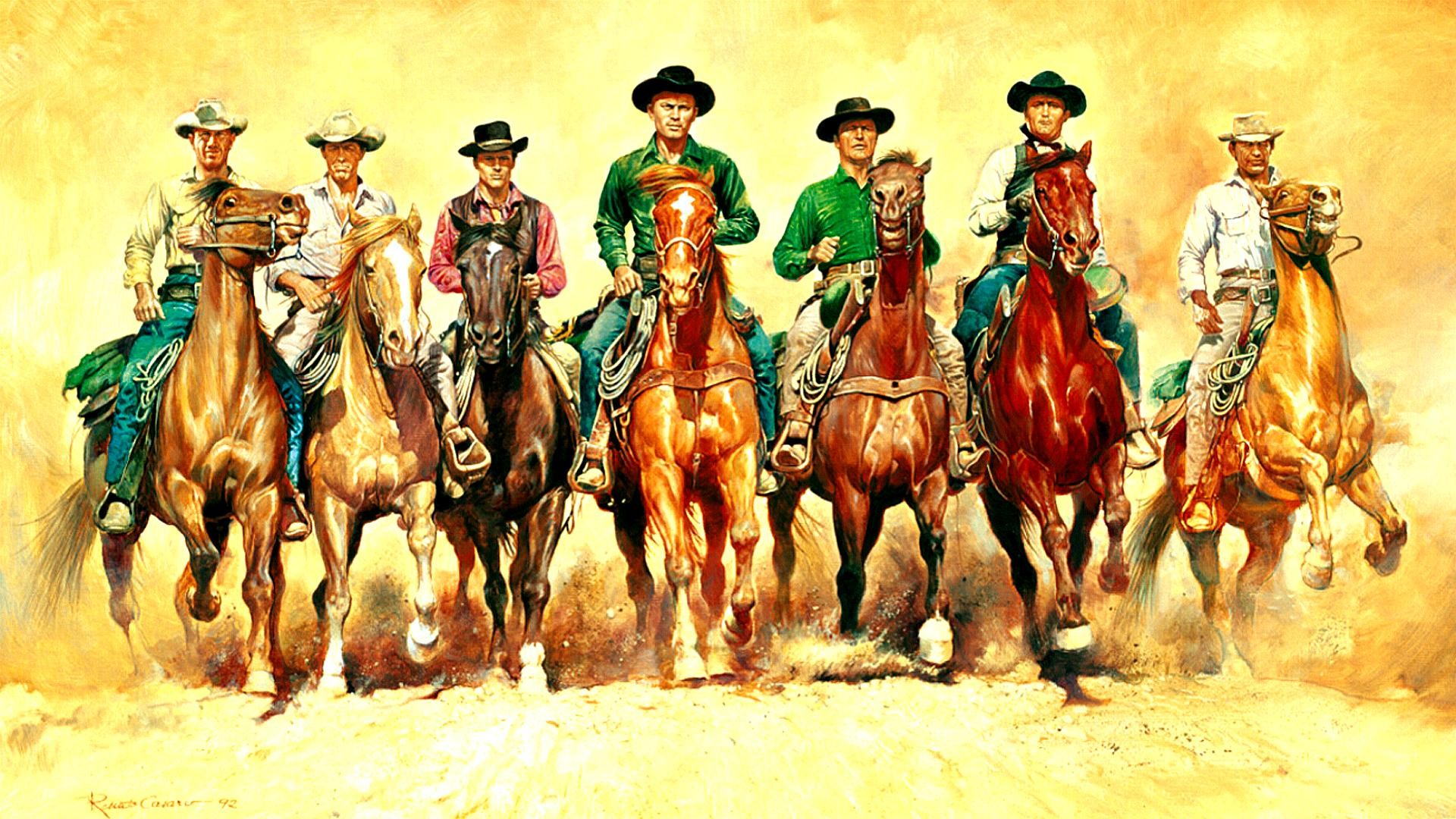 Over the top I suggested that we might trot on for a wee bit to stretch the legs before turning off the road onto the trails again. We passed another bus-stop and then it clicked with us that the buses were servicing the ramblers dropping them off or collecting them at the end of a long day in the hills. Cool!!

Climbing a style and back onto the Mourne Way we wound our way over to Trassey Track and another CP. We met a few runners going both directions and one that overtook us. The guy passing us chatted briefly and we learned he was also a non-stop racer who had dropped his team-mate or his team-mate had retired at the end of the Cycle section. One way or the other he was continuing on and seemed happy to have been set free.

The scenery was stunning!

The closer we got to the Trassey Track the busier things were getting. There were a lot of people out hill walking! As we started up towards the Windy Gap runners were coming down against us, we mistakenly thought they were the non-stoppers having reached the top, making their way down to the finish. Up, up we went with a scramble among the rocks I was leading the way up, Edel was following, we climbed the style at the top and started onto the Brandy Pad which would lead on around to the base of Slieve Donard.

As we rounded the corner and took in the view across the valley to the South back towards the lakes, it was breathtaking, we also took in the sight of Slieve Donard rising up to the East. I think at this stage Edel had had enough and while I toyed with the idea of making the ascent and decent, we are a team. Team decision was time would be against us as we mistakenly believed that we had to retrace our way to the bottom of Trassey Track and back to Newcastle that way.

This was a key error.

23 hours of following yellow arrows and not having to think had conditioned me to not think for myself. Despite planning, copying and marking the route to the finish on my own map I did not think to check it.

Had I checked our map and not been thrown by (what turned out to be non-racing runners) the guys descending as we climbed to Hare’s Gap we would have rounded the corner for a 2k downhill run to the finish.

Instead we hugged and congratulated ourselves on doing this much and turned around.

We trekked back the way we came, all the way back down to the CP at Trassey Track which was now abandoned. It was only here that in pure frustration I pulled out the map and realised my mistake. I was really annoyed with myself for doing this to us. Edel was in no condition (she’d rolled her ankles and fell twice on the track down – pure tiredness and loss of focus) to retrace our way back up again to the finish and from where we were it was another 8-10 k around the track to Newcastle.

I dialled into Maurice who as it had turned out was already on the way. He’d had a discussion with the organiser asking to check was the tracker accurate as we’d turned back. He was right, they were wrong.

Lift arranged we met an official on his way up and handed in our tracker and dibber as we were now decided to beeline back to Sligo to collect the kids and wrap the weekend up.

Unofficial Completion time 24hrs (unofficial as due to not completing the final dibber we get no splits). There are things I loved about this event, things that annoyed me, things I would change.

The journey was not over yet as Maurice drove us back to Sligo, we slept on the airbed after a feed of KFC. Once back in Sligo I headed to Galway with Maurice (Edel stayed with the kids) and he then travelled onto Killaloe.

Will I do it again? Not so sure. The course did not defeat us. We were and are much stronger than we give ourselves credit for.

It leaves little to say except a massive thank you to everyone who helped us:

To Maurice, a debt of gratitude for the way you helped, organised, supported, Tweeted and drove over the weekend. Above and beyond the call of duty. Thank you!

To Doireann for stepping in and sorting the shop for us. PS..Thanks!!

To Tez & Oliver for their child minding services. How are you fixed for …? 😀 Thank-you!

To you, for following the tracker, for messages (Tweets, texts and emails) of support and for reading. Thank-you!

Until the next time.