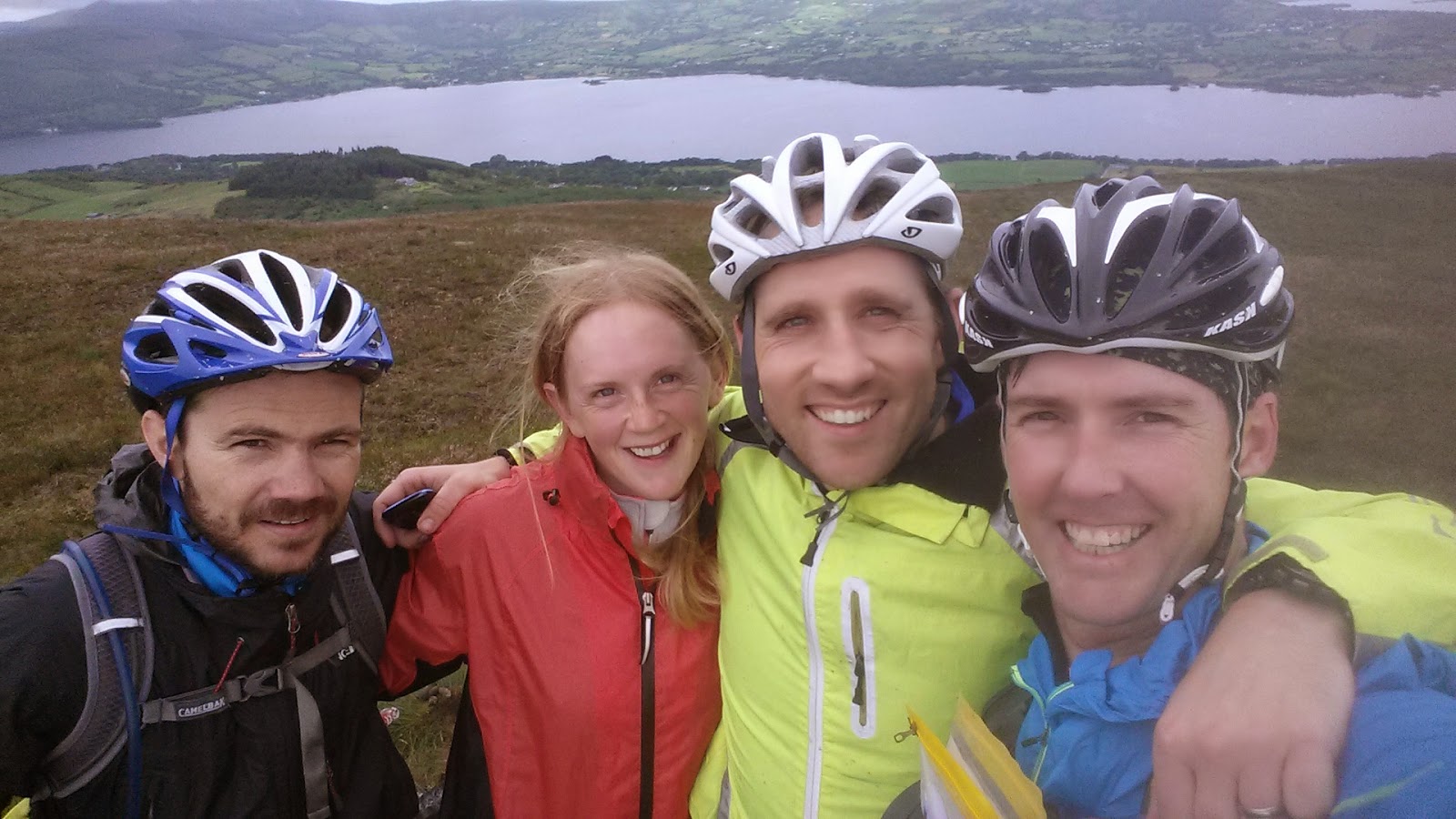 I’ve been trying to get my head around a report after an epic weekend of running at #Endure24. I’m not sure of the sensations that my body is feeling but there is a ton of elation, satisfaction & pride to go along with the swollen feet, sore legs and tiredness.

The Background:
A few weeks ago I got an email invitation from +Mizuno RunningUK about an event that was coming up, Endure 24, a trail running event on a 5mile loop with solo runners or teams runnign over 24hours. A Le Mans for runners.

Me being me, thought, “Yeah, that’s mad, let’s do that!” and immediately went about roping in my Beast of Ballyhoura cohort Mike and my wife Edel to form the Team #AKWest.
Unfortunately due to work commitments Edel was unable to travel but with a last minute ‘ volunteer’ substitute on Friday last in the form of Noel we were back to a 3 person team. Noel called into the shop in Limerick for a chat, I hadn’t seen him in a while and he asked what the plans for the weekend were, as you do. When I told him, running around a forest for 24hours he laughed. Soon changed his tune and talked himself into joining us 🙂

We managed through the power of Twitter to get the seats transferred before he changed his mind and that was that. He stayed with me Friday night and 3am Saturday we were en-route to Dublin Airport. The Journey:
Now there are a number of “do as I say, not as I do” moments over this weekend. Number 1 is nutrition.

We got up at 3am and the first mistake was turning down the opportunity of breakfast, “sure, we’ll eat at the Airport.”

Didn’t happen. Airport was jammed, schools are out and everyone and their dog was trying to leave the country. Ended up in the ‘Closing Flights’ queue and a scamper in the wrong direction to the gate had Mike wondering about my navigation skills.

‘Breakfast’ was a coffee and Twix on the flight. “Sure, we’ll eat when we get there.”

Bristol airport – hire car collection, busy, lost time, not time for food. Couple of wrong turns on the way to Reading meant our time was getting trimmed around the edges.

We ended up in some small village doing a Challenge Anneka (Google it!) to get toilet roll, water, fruit, food, insect repellent, and probably forgot something too.

We arrived at Wasing Estate at what looked like a music festival. We even had a nice storm to announce our arrival.

Stopping at the Mizuno VIP area (yeah baby yeah!) we got a nice bundle of Mizuno goodies, poncho (with a brilliant cameraless photo op of Mike doing a ‘pooh’ face whilst squatting in the poncho) singlet, shorts, socks. We’d gotten our brand new Mizuno #Hayate during the week and Noel got his Friday so good to go in brand new, unbroken in shoes for 24hours! (Number 2 moment).

Car parked, tent up in 2 seconds flat, gear scattered, me changed into my gear, timing chip on and standing on the start line within 40 mins of arriving and with a dazed look on my face, wondering what the hell am I doing here!

Not much more to say.

8k loop, run around it and pass the band to your teammate, they run around and so on and so on.
We had a classic race strategy, the Leggit Strategy of Team Relay. When all else fails just leg it! Plan (on empty still remember, no time for eating properly!) was I’d run the first lap let Noel off and Mike and I could chat about a plan which over the next lap would be recounted to Noel. Thanks how it went. We settled on doing 2 laps each which would bring us to mid afternoon, then do a double lap each which meant the resting runner had the guts of 2 -2.5 hours to sleep / rest before being up again.

When I finished my double I got a thingy of Swedish meatballs and pasta down my neck. I actually only wanted protein, mind said ‘pasta’, but head said ‘no pasta’ (tiredness was kicking in 😉 ) Nothing to do with the catering but the pasta felt gack & I just craved protein, so that was that.

By the time the guys came in with storming double runs it was 11:40pm and we’d 120km run between us. Time for a little celebration –

Plan from here was to go on solo runs, easy, and hand over at the tent rather than hanging out at the line. It was allowed and worked for us. I ran into Sunday and handed over to Noel and instructed Mike to wake me when he came in after Noel, kinda due in around 2:30am.

I stirred at 3:30am, saw Noel at my feet, no sign of Mike and thougth “Ah poor bugger’s still out there…” as I fell back asleep.

Same again at 4:00am and Noel stirred also telling me Mike was asleep in the car. I was terribly put out that he didn’t wake me, and indignantly dozed off again.

A short while later Noel and I went in search of food. The guys had kinda agreed that we’d a fair chunk done with 144k = 48k each and as none of us had really trained it was a great accomplishment. I was fully in agreement until a bacon butty and sugary tea set me off on another lap.

I intended it as a warmdown, thank you lap to all the marshals and to take photos. However, the two lads welcomed me back at the tent with “You know that’s 95 miles now, don’t you?”

So there was a second, slower, warmdown lap with more gratitude to the volunteers and we had 100miles!! The best part was returning to the pitch to see the two boys had packed up all the gear, but the hillarity started with packing the tent.

More bacon butties, more tea (I’d traded my chip in for a medal at this stage) and we were all set to welcome the last of the runners home. Homeward bound:
It’s amazing the effect tiredness has on the body and this was one of the things we were exploring so we could recognise the effects in each other.

At one stage, like an excited child, I announced my joy at one of my best ever 8k laps 1hr 11 mins. It was my slowest. Ever. But my brain had reversed everything. So it was my best. Go figure.

Dropped back the car, played some ‘Spot the Career’ at the airport whilst waiting to board, which was a really funny game until I ‘walked’ to the board and was identified as a rentboy. :/

Flight home was uneventful. I’ll let Mike tell the story of the bar & gel fuelled fart, but my sides are still sore from the laughing.

Amazing experience, thanks to everyone for the support. Edel for supporting me through the journey.